Billy, a 7 year old Labrador, is adored by his owner Sunny who only wants the best for him as in his words, “Billy has one chance at life (as far as I know), I will do my best to make sure it is as full and as happy as I can.”

Sunny has always been concerned about Billy’s joints, as Billy occasionally shows signs of lameness in his front legs after long walks. He feeds him homemade Golden Paste everyday from this recipe with anti-inflammatory turmeric for his joints – 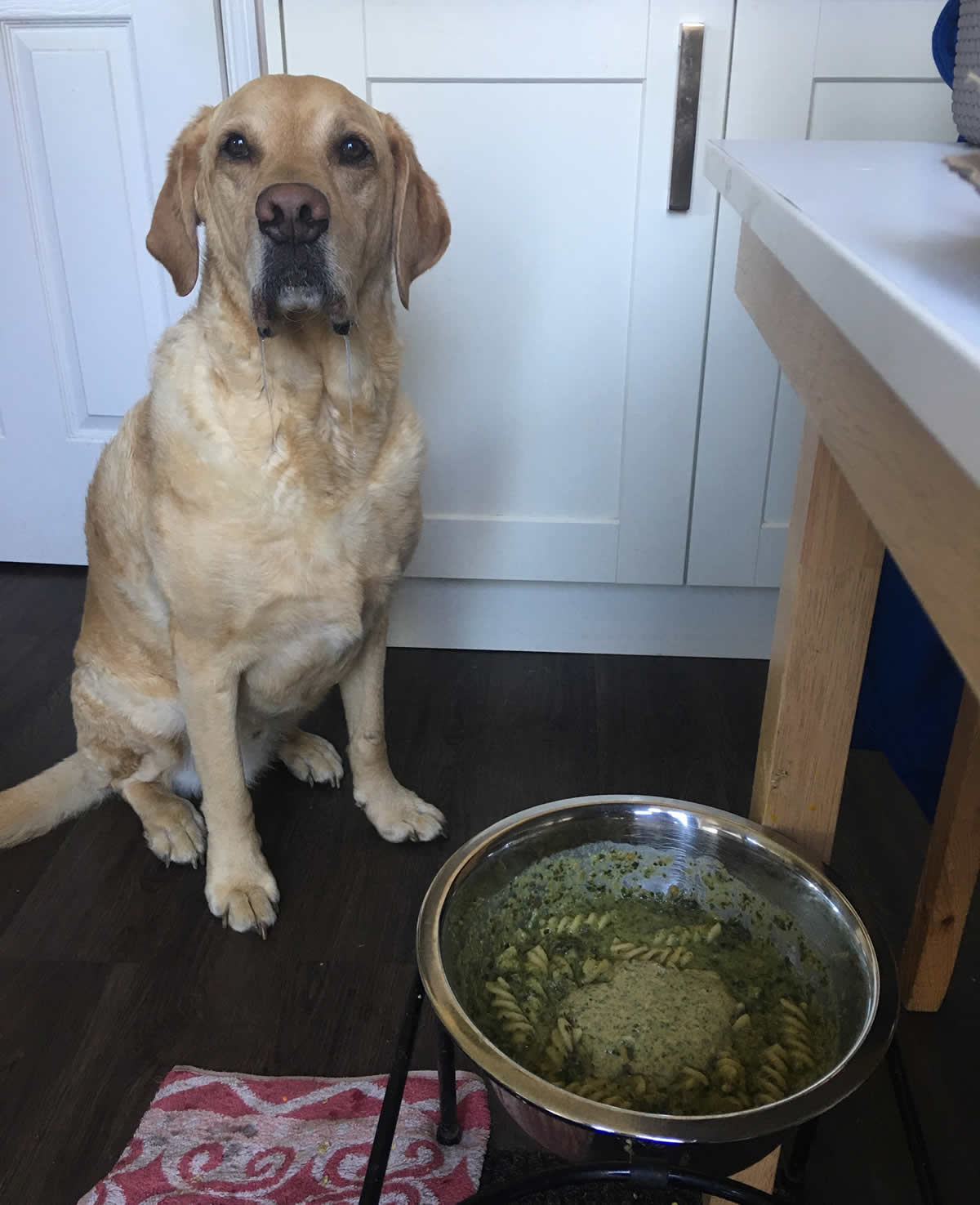 Billy is also fed 10g of coconut oil daily to help his joints from the Golden Paste. Billy also gets amazing homemade treats with peanut butter as shown in the image below.

When Sunny (an ex chef!)  began homecooking for Billy; we had to advise that he cut back completely on adding the extra oils to the homemade food, as Billy was already receiving enough oil in the Golden Paste as well as peanut butter treats. We did advise Billy is still fed his daily Omega 3 Algae oil to support his joints even further.

Here is Sunny’s weekly menu plan – what a lucky dog!

“Billy has done so well over the last year following the tailormade recipes you sent for him to lose weight. Can’t thank you enough as he’s now 31.6kgs ( a loss of 6 kgs!)

We have both enjoyed spending time in the kitchen home cooking, using good, wholesome ingredients. In fact I enjoy it so much, plus it’s very straightforward, I’m now cooking fresh food for Billy almost every day!

Here is his weekly plan –

WHAT A LUCKY BOY TO HAVE SUCH A DEDICATED OWNER WHO WANTS THE VERY BEST FOR BILLY!

Sunny is very aware of looking after Billy’s joints as naturally as he possibly can and by reducing his weight, he is doing that perfectly.

“I’m hoping a combination of the weight loss, daily golden paste, an algae tablet each day, the vegan glucosamine phytodroitin complex and home cooking will help/ease any stiffness/pain.”

“I’ve always tried to keep my ‘Pup-Star’ Billy’s weight between 32-33kgs. However, when I was transitioning him to a plant based diet (before I contacted Arielle), he gained a great deal of weight and weighed just shy of 37kgs!

It was my fault as I was unsure of the quantities, etc. I’m ashamed to say I was a novice at home cooking (for dogs) and did a bad job. I followed plant based recipes from various American sites which didn’t give specific weights, etc. I worked blindly and caused my angel to gain far too much weight. I hope I have not caused any damage to his internal organs!

With finding ‘Just Be Kind’ on FB, and following Arielle’s advice and guidance, Billy has gradually lost weight. His weight is currently 31.6kgs.

Thanks to Arielle’s help and advice my Pup-Star is looking much leaner once more.

Very very well done to both Sunny and Billy – see his transformation in the photos below! 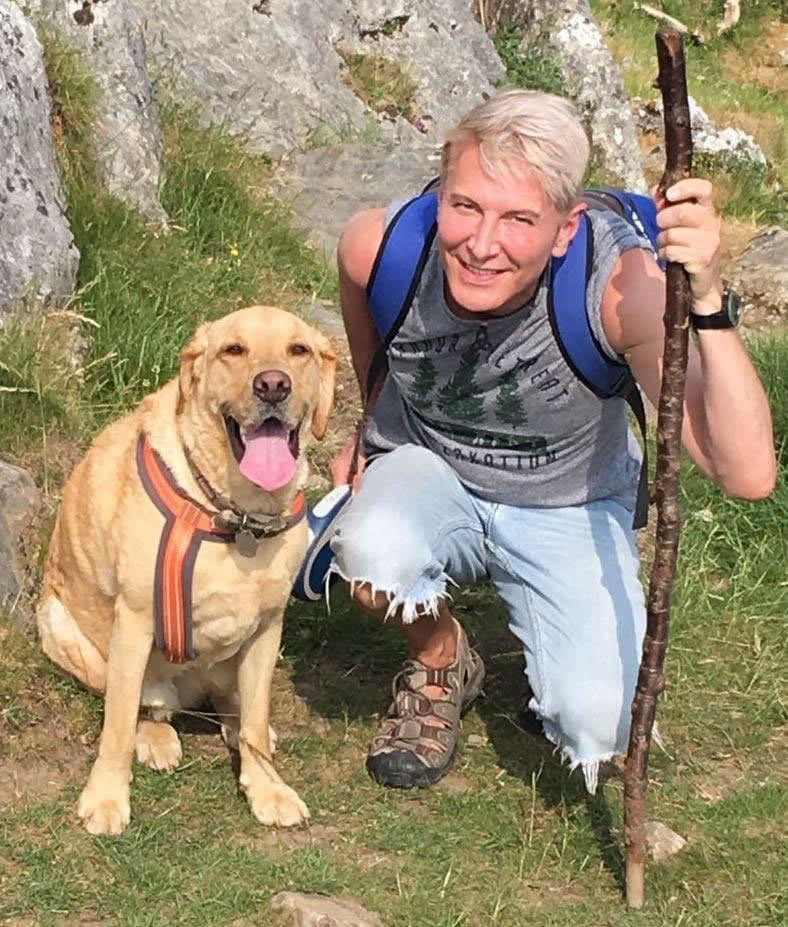 Billy before at 37kgs 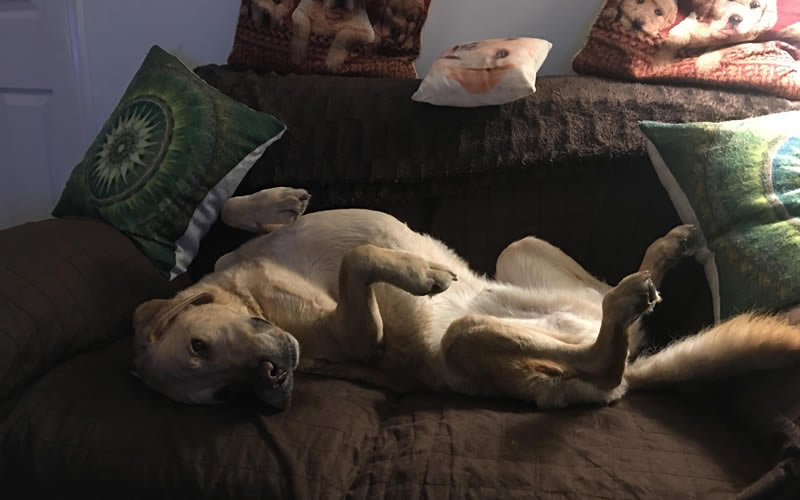 Billy after at a lean and happy 31.6kgs! 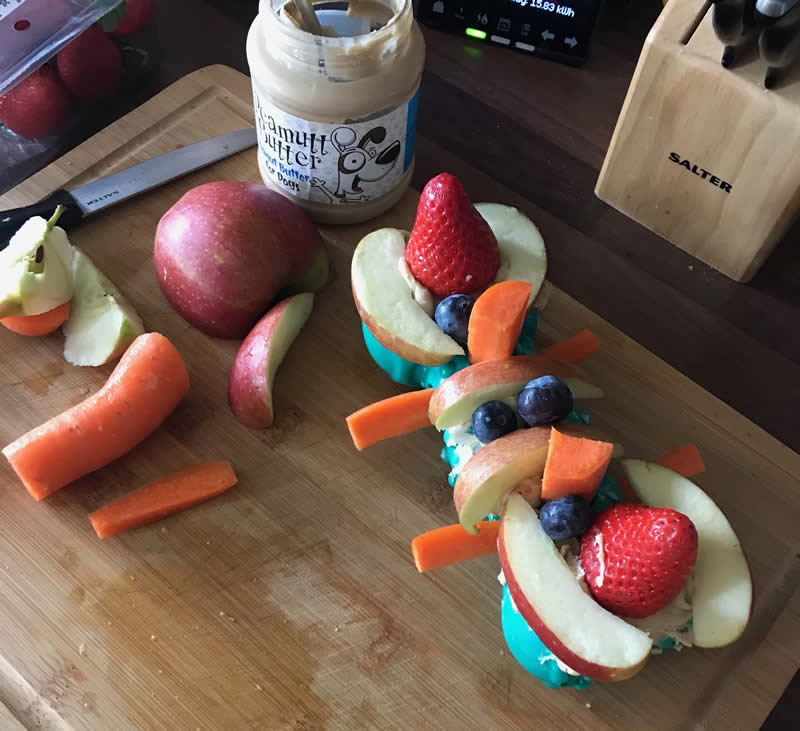 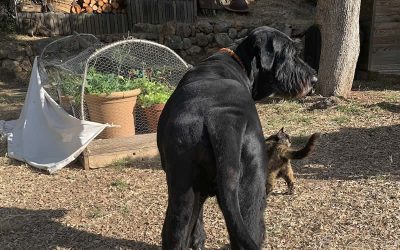 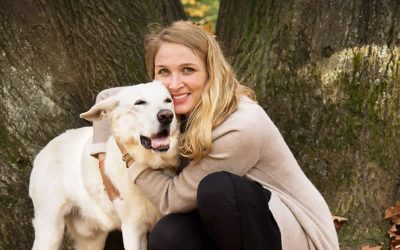 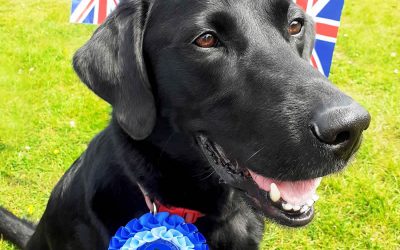 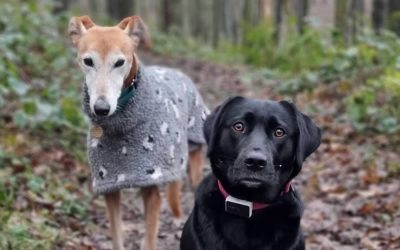 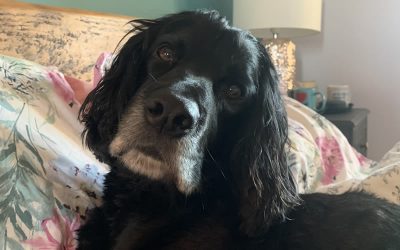 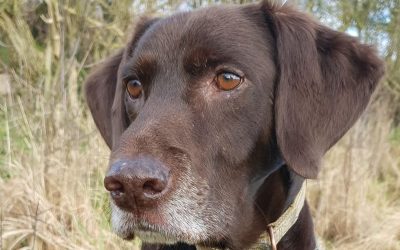 My biggest regret is not switching Nero to vegan food sooner