The goodness of Leni from Vegan4Dogs

Leni Lecker who owns the wonderfully ethical company Vegan4Dogs, is giving us a small piece of hope and kindness in the turbulent and unstable world we currently live in. She is proof of how one person and an ethical independent company can make such a huge impact!

She spontaneously chose to join a rescue mission travelling from Berlin to Ukraine and organised by Peta in Germany to rescue dogs and cats, and she has so kindly chosen to share in her experience with us – see her words below the images or listen to her account in the video – spoken with such humanity and compassion.

The images below are of the pavilion that she helped at with cats and dogs arriving at the border from Lviv. The pavilion flew off at one point and crashed as it was so windy and cold, but thankfully they were able to feed and collect so many dogs and cats (and people too!).

She writes “I didn’t know what to expect and I am glad to see, even though so many people are on the run, that we could get in touch with warming eye contact as communication was impossible for lack of a common language”.

What true compassion and kindness shown by such an extraordinary lady. 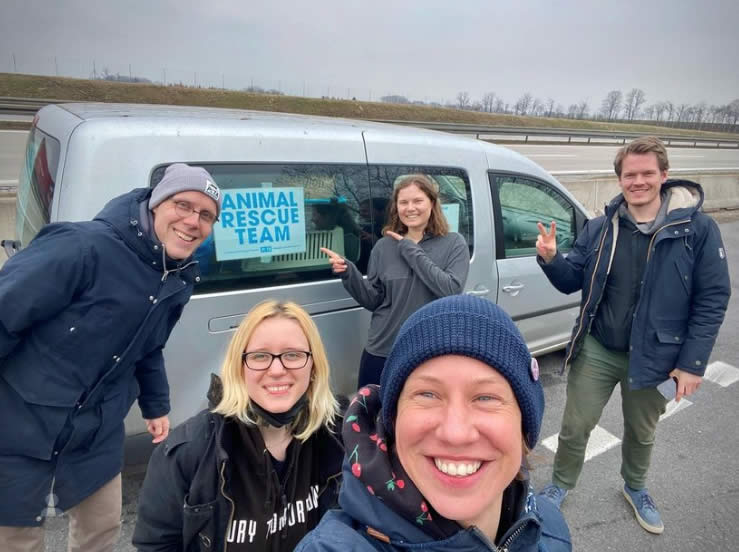 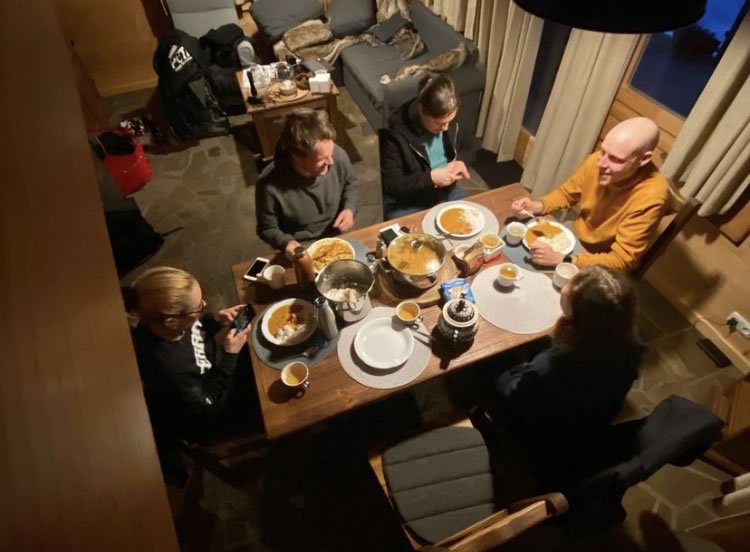 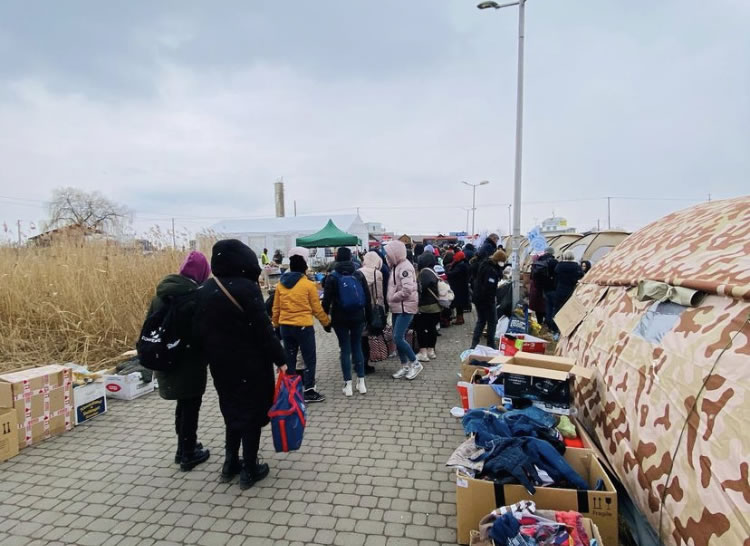 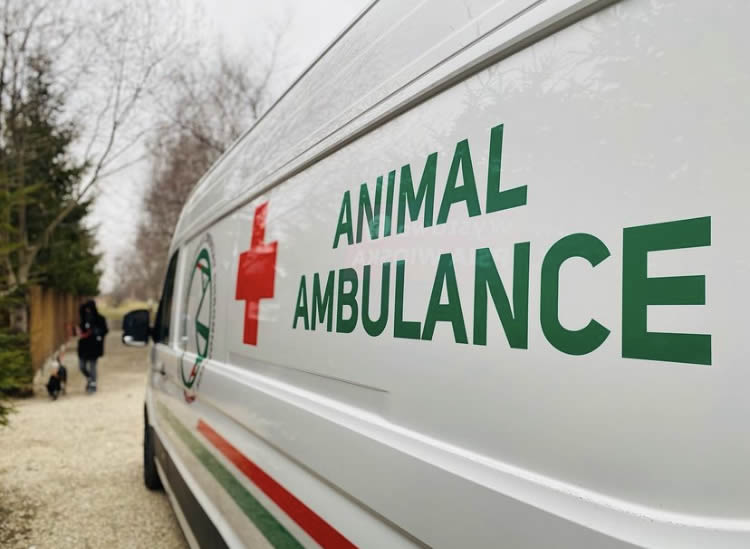 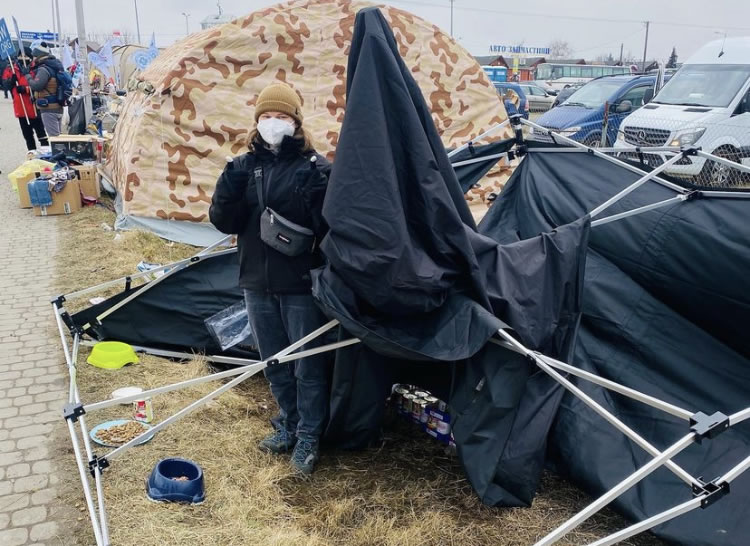 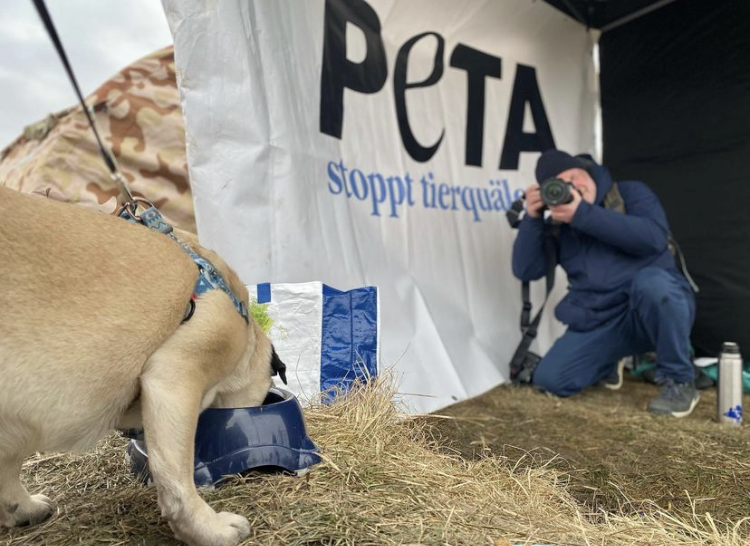 “So, it’s been a week since we arrived here, in Poland, at the border to Ukraine. It’s been a tough week.

I think not only because we didn’t sleep much but also emotionally in many ways.

First of all, I questioned myself about my privileges being human white and definitely this privilege – being part or a member of the European Union.

Means a lot so it’s easy to travel for us, it was helpful to get into Ukraine, of course.

But I questioned myself also about, is it good to be here? Is it correct? Do I do the right thing?

And does this make any difference?

And I can say yes, it did make a difference.

We did quite some trips. I think I went over to Ukraine three times and we took many cats and dogs. We even took some people yesterday.

We had a Ukrainian woman, who came from, I don’t remember the name of the city, but it’s not too far, actually from Poland and her city looked very destroyed. (Actually it is quite far away. Her hometown is Kharkiv, next to the Russian border)

She was very frightened. We met her in Lviv, which is the main city we travelled to to get the dogs and cats from shelters where people from other parts of the country of Ukraine, came to get help to get out of the country with their; not only pets but also they were taking care of shelter animals.

So the woman we took yesterday, she had 12 cats with her and she’s going to travel with us tomorrow to Stuttgart and yeah, we even met her husband who brought her to Lviv, so that she could get out with us and they had to say goodbye because men are not allowed to leave the country and he….

Yeah, we cannot even describe how sad it is to see that the men and the people that are not to leave the country, what they feel and that he had to go back.

He travelled for three days to get to Lviv from his home town and they can only travel during day time because there’s a lockdown at night and it’s also too dangerous to travel at night.

But he’s travelling a lot to Lviv and his city to also get supplies because there’s a lot of resources missing and that was emotionally quite touching and she stayed with us tonight and she would stay with us until tomorrow with her three cats (9 more cats we had in the shelter for the 2 days, and they travelled with us to Germany too).

And I could also see with the cats, one of them was pretty relaxed. One was kind of frightened – you could see it was twitching when lot of sounds came, but the cat more and more relaxed while we were around relaxing ourselves.

So this is good to see that the animals can also absorb the relaxing atmosphere around them.

What was really worrying, us are all the farm animals that we don’t know anything about in the inner part of Ukraine. They might be abandoned in their farming housing – housing is maybe not the right word.

But the factories where, if people flee, they might not take care of the animals so they might be suffering in there and going to their death because nobody’s taking care of them.

That’s worrying us too and we cannot help.

Yeah, so there was a lot going on with us.

I was very happy about my team that I had because we could support each other and there was a lot of trust but also a lot of chaos here to organise things because nobody really knows how things are done.

And the mentality also is maybe a bit different and people that are traumatised travelling from Ukraine, of course to get out of the country – it’s not so easy to get the right communication and so we actually waited quite long times.

Also, of course, at the border to get in and out and yesterday we started the trip.

I think it was three days ago and we were mostly away for 16 hours or something and yesterday we did right away another trip.
We went home for half an hour and then we started again because we also want to use the time that we have here and help as many people and animals as we can.

Yeah, that’s about it and feels weird to go back to different reality again in Berlin.

I don’t know what will be emotionally when I come back, but I already feel that it’s hard to grab what is happening here because it also seems so quiet here where I am now at the moment, you don’t feel war really but it’s not far away as our guest told us who came from Ukraine yesterday.

She said, war is really right behind the corner and she showed us also the pictures and videos of her hometown, where the bombs flew in and I was able to feel much more than if I see it on the TV because she said this is my home.

Yeah, that’s about it. I’m glad I was here and I hope I can still help more.

I wasn’t able to bring any of my vegan dog food when I came here because it was all so spontaneous, and that really gave me bad feelings because we had (non vegan) donations.

I was here with PETA and they brought donations, let’s say ‘conventional dog and cat food’ which was quite hard for me to give it out because that’s not my heart thing and I approve of the non-violent way.

But somebody from an animal welfare community from Odessa got in touch with me that they need help and they want to organise a completely non-violent pet food or companion animal food truck to Odessa, which is really hard to get in there because the transportation is really difficult to get there.

And yeah, I’m happy that I will be able to send over some of our vegan dog food there and help all the animals there that are in the shelter and maybe in the streets, and I will let you know if we can do even more.

That’s it for the moment and all peace to Ukraine.”