The last time I visited Crufts was about 12 years ago where I had 3 of my own children and 2 of their friends in tow and I viewed everything through the eyes of my children and their friends where they were enamoured by the abundance of beautiful soft dogs as we are all animal lovers in our family.

Fast forward to yesterday where I was offered a ticket by the importers of Solo Vegetal who had booked a stand at Crufts and wanted me to attend to help promote their various products for dogs with skin conditions. 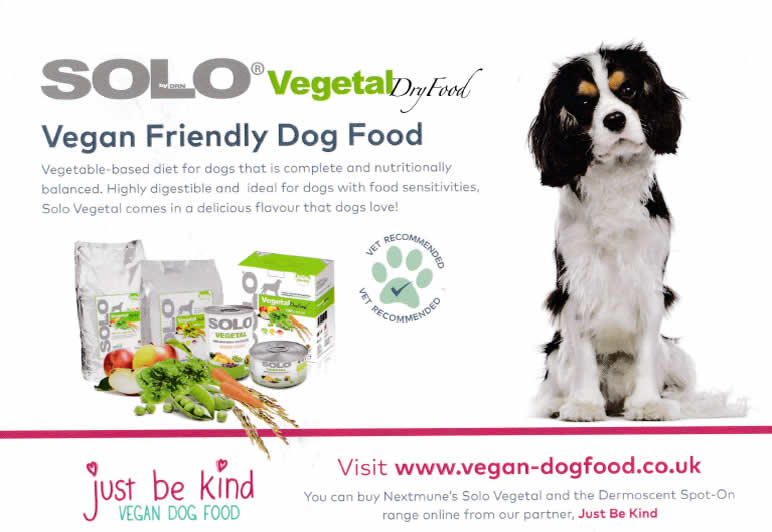 They kindly made leaflets advertising my service as a vegan vet, and one of my oldest friends was the vet for the show and after 2 years of seeing so few friends and colleagues; I jumped at the chance………..little did I know what I was to experience as a Vegan Vet attending Crufts!!

My journey started out being delayed by an hour as the train I wanted to catch was cancelled due to someone trying to take their own life on the tracks – oh what sadness that was balanced by a huge group of Sheffield United football supporters spilling onto the carriage of the train I was in; chanting and sharing such camaraderie – how good it felt to be surrounded by happiness again after 2 years of all being shut away from each other!

I changed trains and my last one arriving at Birmingham was also full, so when I jumped on, I asked a lady whose little dog was on the seat if I could sit there. We began talking and I couldn’t resist a cuddle with her darling little dog until the little dog tried to lick my face and upon asking the owner what she fed her, she replied – ‘She has only ever eaten raw’! (read here about the dangers of meat and raw in particular).

I did my best as gently as I could to talk to her in the short time we had about the dangers of raw and the benefits of plant-based especially as she told me that the little dog’s brother suffered from heart disease, but when I mentioned her even considering it – her face reddened and I watched her squirm with anxiety and she replied ‘I do not want to talk about it’. She lived for her little dog who had a following of 125000 followers on Instagram and is used in advertisements for all the big brands! (I Googled her when I got home). As we got off the train, she quickly left in a sea of people and I felt overwhelming concern for this little dog and her owner as this is the mentality I was about to enter in the enormous arena surrounded by thousands upon thousands of dogs.

My sanctuary remained in the stand run by the dermatology company Nextmune with rows of Solo Vegetal lining the stand and other wonderful products for dogs with skin conditions developed by the top dermatology vet in the country – Dr Sue Paterson – I could have spoken to her all day…..but I needed to leave the stall to meet with the lovely Jo from Hownd who I knew was in a different hall.

As I walked to find her stall, I passed row after row of stalls selling meat-based dog foods and treats in bright plastic containers with so many companies selling ‘human grade’ meat and fish-based foods (one of the most unsustainable ways to feed our pets as it results in a very small dog having a carbon footprint even greater than a large meat-eating person!!)

I passed further non-sustainable companies selling dog coats and leather leads and so much ‘stuff’ that our pets just do not need as we accessorise them unnecessarily. I felt such sadness for the rows of dogs being pampered and groomed and were waiting in their crates for a weekend of ‘being on show’ – everything just felt SO wrong as all I saw was how people could monetise their pets and companies could take advantage of this by flaunting products and foods that were not only harmful to the environment, our farm animals, and our oceans…..but even to our pets!

By the time I rounded the corner and was faced with a stall full of people wanting to talk to the top raw vet in the country who was surrounded by posters and images of his products full of blood and meat! I felt my heart racing and pure anger and frustration welling up inside me. I am normally so rational and so calm, but I felt as though I was going to have a panic attack with everything that I now know as a vegan vet….and I rushed to the next hall to find Jo as quickly as I could.

Jo from Hownd felt equally as frustrated by the mentality of the visitors to Crufts who were not interested in sustainability or the true health of their pet. She had been interviewed by The Telegraph on the Friday who were so excited to see vegan dog food available and wanted to make a story about it. She spoke to them all about Hownd and vegan dog food and they went on to print an article leaving out all the important information and only included a photo of the darling little Miss Zsa Zsa the rescue – our biggest supporter of plant-based-feeding. See the published ‘article’ and photo below that appeared in The Telegraph on the 11th March with sadly no further details about vegan dog food in the UK.

Read all about Miss Zsa Zsa rescued from a puppy farm

Before leaving (I felt exhausted from everything I was seeing), I made a final stop to visit one of my oldest friends who is the vet for Crufts. Sadly, I am the only one of all my friends who is vegan – I am sure that many of you reading this can relate to that, but our friends will always remain just that:) I asked if he had seen Noel Fitzpatrick, as he knows him, but it is the very first year that Supervet Noel is unable to attend as apparently he fractured his neck falling down stairs at work; his own dog died recently, and 3 days ago his mother died. How sad I felt for him as I remember attending a veterinary festival 3 year ago where he spoke with such admiration for his dear Irish Mum (as I wrote in this article in June 2019) – I do hope that he is going to be ok.

My happiest moment of today was my husband fetching me from the train station and he had brought our rescue Ruff to greet me. Ruff adores people and he couldn’t believe that he was being taken to a place with just SO many people all walking towards him – he was just SO excited …and then I appeared through the crowd – he gave me a full body wag and wouldn’t stop dancing all the way to the car – our little Ruff is the reason for everything that I do!