After a very quick year of living in Germany, we were posted back to the UK. The organisation began in earnest to yet again travel with a chicken, 2 dogs, 2 guinea-pigs and 2 cars; but this time we were going to drive everyone from Germany to Edith Weston army base in the tiny county of Rutland.

We drove separately and I had Coco in her catbox with the dogs and Emily. As we set off early in the morning, I was so concerned that there was a problem with our old and often unreliable Renault Espace as a low growling noise could be heard coming from the back. The noise grew louder and louder and Emily and I laughed when we realised that it was Coco realising that she was not being let out as usual that morning and her low growl turned to a full blown swear as she clucked loudly at us to let her out. I had no choice but to drive on and she eventually gave in and gave us intermittent cheeps as her whole routine had changed yet again and she reminded us that she was there and she wanted her food.

I was so worried about the checks at Calais as we did not want to declare that we were travelling with a chicken. We did have the papers but we knew that it would delay us. When the border control man stretched into the boot of our car to check to idchips of our dogs, we kept the ‘catbox’ with Coco in it covered and than goodness she did not start her angry squawking again! I felt very emotional driving to the post of Calais. It was at the height of the migrant crisis and we drove past the ‘jungle’ that I had only ever just heard about on the news. The reality of seeing row after row of small tents and desperate people wandering on the road made me feel so privileged and humbled by their strength at taking on such an impossible mission.

I found it harder than normal to settle back into life in the UK having been away for 6 years. 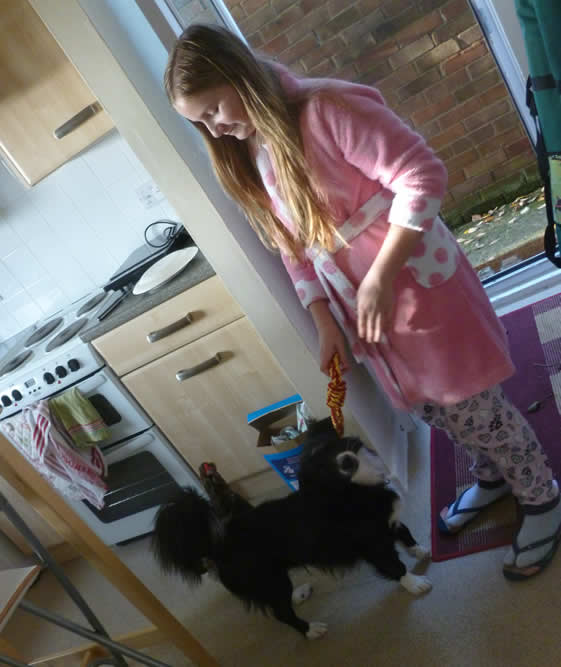 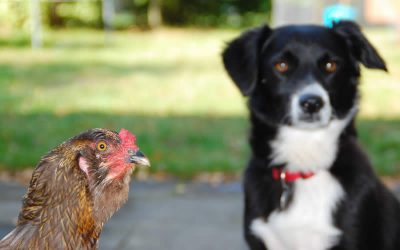 It all started with a chicken called Coco…….

How one chicken we loved could turn a vet vegan 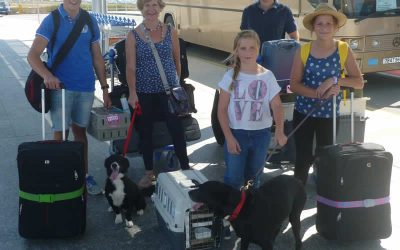 We were just remembered as the family that chose to travel with their chicken!