The benefits of coconut oil

We love coconut oil and its benefits. Coconut oil contains lauric acid, stearic acid (also found in dark chocolate that only we can enjoy, not our pets!), capric, and caprylic acid.

Unlike palmitic acid and myristic acid (the saturated fat culprits found in meat, butter and cream) these acids behave differently in the body, and research shows that they don’t increase the risk of heart disease. In fact, the medium-chain fatty acids in coconut oil have been proven to benefit overall health. 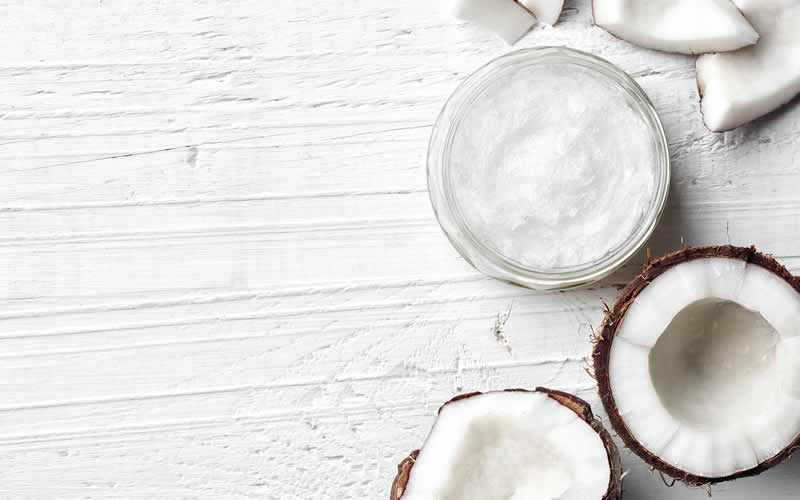 The most abundant saturated fat found in coconut oil is a medium-chain fatty acid called lauric acid. Sometimes referred to as a “super ingredient”, lauric acid is responsible for many of coconut oil’s health benefits including its immune-supporting, antibacterial, antifungal, and antiviral properties.

The only time we advise against giving coconut oil as a supplement is if your dog has suffered before from pancreatitis or if they are overweight and at risk of developing pancreatitis. A low fat diet is needed in these cases without the addition of any extra oil.

Researchers at the Royal Veterinary College (RVC) have discovered a promising new treatment for hard-to-treat canine epilepsy (7th May 2020). They have produced a new oil made of MCT (medium‐chain triacylglycerides) that is added to a dog’s diet and this has the effect of reducing epileptic seizures and improving a dog’s quality of life if it suffers from epilepsy. These MCT’s are mainly found in coconut oil.

Here is one quote from the finding: Dr Rowena Packer, BBSRC Research Fellow at the RVC said: “Our novel findings indicate that a relatively small change to the diet of dogs’ with hard-to-treat epilepsy can potentially reduce the number of seizures they have, while also improving their medication side effects and overall quality of life.” Dr Packer adds: “Epilepsy is often a challenging and distressing condition for dog owners to manage, particularly when dogs don’t respond to anti-seizure medications in the way their owner and vet might have expected or hoped.

“Historically, diet has not been considered a key part of epilepsy management, but along with other recent findings, these results indicate that nutrition likely plays an important role in seizure control.”