Chris Packham is my inspiration!

I do have a few heroes who I turn to for my constant source of hope and inspiration such as David Attenborough and Jane Goodall, but Chris Packham is definitely up there as someone I respect so enormously and turn to for the science facts.

He has condemned the whole concept of badger culling and fox hunting in the UK and stood so firmly by his principles that he has had numerous death threats and even had a Land Rover blown up at the front gates of his house! 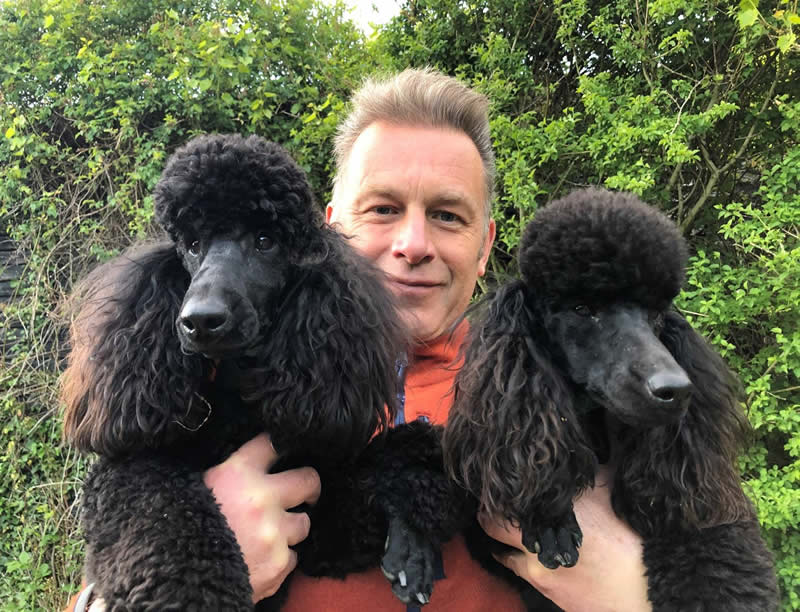 How I admire him as I do fear such retaliation myself from the meat-based pet food multi-billion pound industry as I prove through the stories of countless dedicated owners that plant-based dog food is as good, if not better for our dogs. I am not a brave person like Chris so I turn to him and his words for so much of my strength and wisdom.

These facts that he shares keep me going, keep me inspired and so incredibly hopeful for our future of plant-based feeding! He says that –

“Science tells us that we need just 25 percent of people to change their thinking about something and then it cascades quickly. By the time you get to about 27 percent, you’re on a roll, and in a very short space of time, the entire population will change.”

Wow now that fills me with SO much hope for our future of veganism for us as humans and for our pets!

A survey conducted in 2019 showed that 35% of pet owners were interested in feeding their dogs a plant-based diet as long as they could be reassured that it was completely balanced and good for their pet….well fast forward 3 years and we have top brands of vegan dog foods in the UK, a supplement for owners wanting to homecook, as well as fresh homemade food sent straight to your door, or balanced homecooking kits and recipes!

Has Chris Packham always been vegan?

“No, I’ve been vegetarian since my early 20’s, I thought I would just cut down on meat and then I found after a break from it that it made me ill so I gave it up. I carried on eating fish but then, of course, I recognised that our fish stocks are seriously imperilled  -and that’s an understatement of enormous magnitude, many are on the brink. It became clear that eating fish was unsustainable but in any case, I had never toed the line that fish didn’t feel pain and all that nonsense.”

“However it was factory farming that finally pushed me from vegetarianism to veganism, after I’d been to an indoor, zero-grazing dairy unit. It was spick and span, remarkably clean, and none of the animals were being abused there but they never went outside. They did three lactation cycles and had their calves taken away instantaneously after birth.”

“I got in the car after spending the day there and that was it – game over. I knew I couldn’t trust myself or food labelling claiming good quality, organically produced, animal-husbandry -friendly dairy products. If I’m not in control of myself, how am I going to be in a position to ask people to do something which I think is a better idea?”

How I mirror all his views as a vet I just accepted that dairy cows were happy and well cared for, but the reality is so far from that, and a few years ago I wrote a post about the life of a dairy cow and I confess to sobbing as I wrote it.

Everything that Chris Packham stands for is protecting our biodiversity and fairness and by choosing to feed our pets a balanced healthy plant-based diet, we are supporting all his ideals. 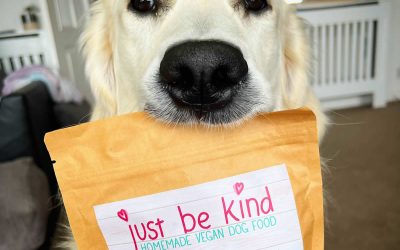